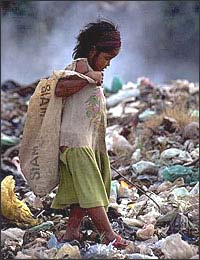 Originally at George Mason University and later Temple University, in 2009 Distinguished Professor Carol Gould reestablished The Center for Global Ethics & Politics at the Ralph Bunche Institute. The Center explores the ethics of globalization and the development of more effective transnational understanding and cooperation to deal with vexing issues of poverty, ethnic and cultural conflicts, and environmental degradation. The center's research and colloquia seek to clarify key value questions that confront contemporary societies, including the requirements of global justice; the meaning and scope of human rights; new forms of cosmopolitan democracy; intercultural perspectives on ethics; strengthened institutions of global governance; and more effective transnational forms of democracy and solidarity. The Center's Director, Professor Carol C. Gould, is Distinguished Professor of Philosophy at Hunter College and in the PhD programs in Philosophy and Political Science at the Graduate Center of CUNY, as well as Editor ofThe Journal of Social Philosophy.

CGEP at the Ralph Bunche Institute

The Center for Global Ethics & Politics furthers CUNY’s focus on globally oriented research and education and on public outreach to the greater New York community. It attempts to bring needed attention to the values and norms that inevitably play a role in the search for knowledge and the devising of public policy. It is designed to help students and faculty to become aware of the social and personal benefits and costs of information and other technologies and the ethical issues that sometimes attend the practical applications of human knowledge, and will perhaps motivate them to include these considerations in their own theses and scholarly research where relevant. The emphasis on global human rights brings attention to human needs and to the way our knowledge and research can serve them or fail to do so. Questions of normative issues in global affairs also have practical effects in the development of new transnational linkages and democratic forms of cross-border communication. Finally, the emphasis on cross-cultural dialogue aims to contribute to CUNY’s leadership in the area of diversity and the appreciation of the contributions of different cultural traditions. 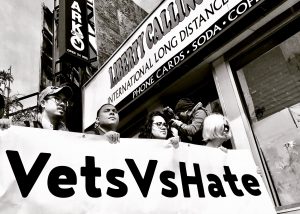 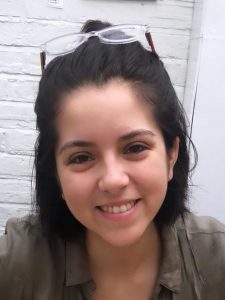 Patricia studies social and political philosophy. Her recent research draws on feminist, critical, and decolonial theory to investigate the possibilities and limits of solidarity. Broadly, she is interested in understanding the current social order and what it means to prefigure alternatives within it – what it means, and what it takes, to relate more justly in a world structured by systems of domination. Patricia has a background in community organizing and retains a strong interest in labor and human rights, particularly in the context of global supply chains.

Patricia can be reached at pcipollitti(at)gradcenter(dot)cuny(dot)edu with any inquiries about the Center. 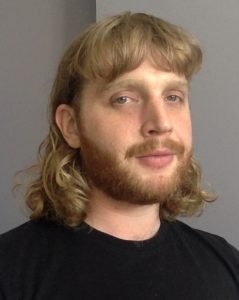 Jeremy works on the philosophies of Kant, Hegel, and Marx, with a focus on how each conceives of the relationship between reason and freedom. He brings this work into conversation with contemporary issues in social philosophy, such as the relationship between norms and markets, the normative foundations of critique, ideology, collective action, and moral progress. He is a teaching fellow at Queens College, CUNY. 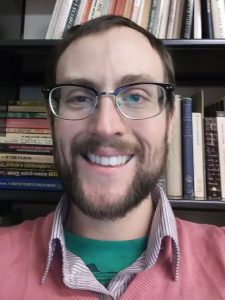 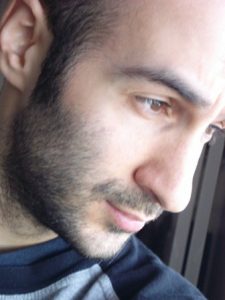 Kamran is a doctoral student in Political Science, researching questions of collective subjectivity, constituent power, and globalization in both Political Theory and among social movements. 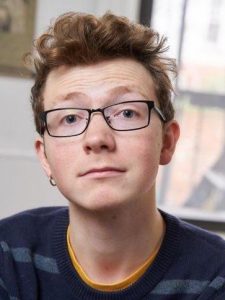 Asher is a doctoral fellow in Political Science at the Graduate Center, CUNY and an adjunct instructor at Brooklyn and Lehman Colleges. His current research examines critical deployments of eschatological tropes in liberal political thought. 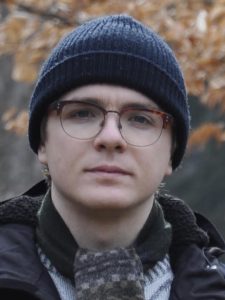 Callum is a doctoral student in Philosophy at the Graduate Center, CUNY. His interests include: Aesthetics, Ethics, Metaphysics, and Social and Political Philosophy, particularly the nature and history of socialism and its relationship with liberalism.

Alana is a second-year doctoral student in Political Science. Her interests include theories of state violence, policing, the nation, security, and loss, with a focus on assimilatory forms of consuming narratives of state violence and the relationship between policing and warfare. 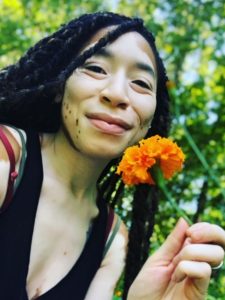 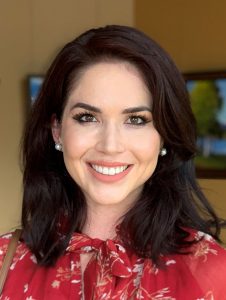 Cara is a second-year doctoral student in Political Science. She is interested in studying theories of international relations, with a focus on escalation, economic sanctions, and territorial claims. 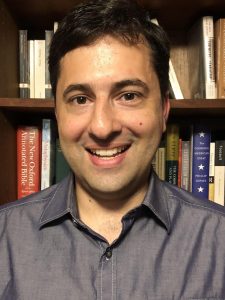 Shant is a M.A. philosophy student at the CUNY Graduate Center, where he’s pursuing his interests in political philosophy, ethics and other areas. He’s also an experienced journalist who has covered beats from New York City politics for the Daily News to European news and features for Germany’s international broadcaster, Deutsche Welle. 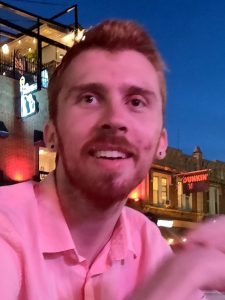 Matt is a philosophy M.A. student at the Graduate Center whose interests include theories of nationalism and the state, forms of political violence, and decolonial and indigenous scholarship which contributes to current scholarship or reframes previous work. 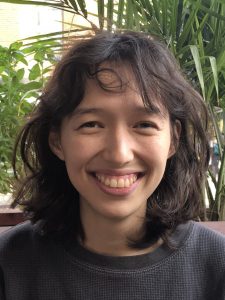 Maya is a first-year doctoral student in Philosophy at the CUNY Graduate Center. Her interests lie in social epistemology, structures of (in)justice, and post-colonial and feminist theories. She is also a sculptor, and interested in art and philosophy as transformative media. 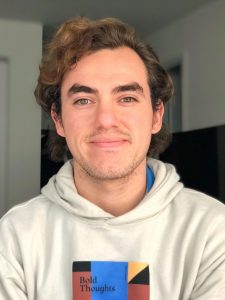 Guillermo is an MA student in the Philosophy Program at the CUNY Graduate Center. His interests include ethics, social and political philosophy, particularly social epistemology, political economy, and contemporary issues such as climate change. He also has a background in Finance and is an Analyst at Goldman Sachs. 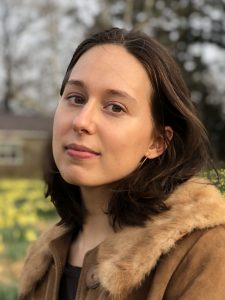 Caitlin is a Master's student in philosophy at the CUNY Graduate Center. Her interests are in environmental philosophy, metaethics, aesthetics, and Adorno. Broadly, she's interested in how (mainly Western, European) subjects have historically come to see nature as an entity to be mastered and controlled, as a way to think about what might be involved in revising these attitudes. She has a background in journalism and is an occasional fact-checker for The New York Times's "Daily" news podcast.

Lara (they/them) is a Ph.D. student in Philosophy at the CUNY Graduate Center. Their interests lie in feminist and trans philosophy, philosophy of language, and ethics. Broadly, Lara works on issues concerning sex and the injustices the analytic sex/gender distinction perpetuates against trans people. Further, they are interested in issues in social ontology, especially concerning the nature of social structures and how they impact our ordinary language conceptions of sex and gender. Lara received their BA degree in Philosophy and History from the University of Zurich summa cum laude and studied Philosophy in the MA program at the Free University of Berlin. 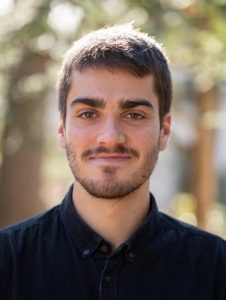 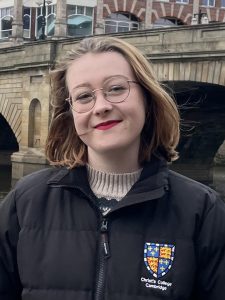 Georgie Malone
Doctoral Student, Philosophy Program, Graduate Center, CUNY
Georgie is a doctoral student in philosophy at the Graduate Center interested in social and political philosophy, feminist interventions in philosophy of language and the philosophy of sex and sexuality. She has worked on theories of ideology and critique and questions surrounding how transformative politics is possible, as well as on pornography and sexual ethics. 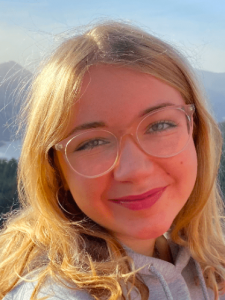 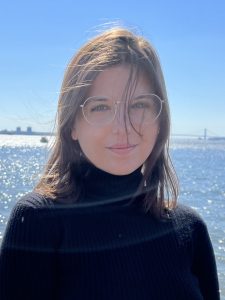 Emma Arvedon
Doctoral Student, Philosophy Program, Graduate Center, CUNY
Emma is a first-year doctoral student in philosophy at the CUNY Graduate Center. Her interests include the philosophy of language, poetic meaning, decolonial philosophy broadly construed, and the intersection of epistemology, theories of truth, and decolonial theory.